We're back, and The Gloryhole Comedy Club hits back big on Friday September 23rd with a brilliant international line-up of comics.

There's award-winning Dylan Rhymer from Canada headlining, the fabulous Aideen McQueen from Ireland, Scotland's Currer Ball, Alex Milner from an undisclosed area up north, plus Natalie Durkin who will be hosting the whole shebang, and attempting to keep us all inline.

Tickets are already on sale at a mere tenner, and will doubtless sell out, as usual, so book now to avoid disappointment.

MCing for the night is Natalie Durkin, a strong northerner with versatile vocals, huge belt and comedy chops . A professional tap dancer along with a swing dancer. Grade 8 Flute and Puppetry Skills. Mmmmm?

Warming us up in style is Alex Milner, a brilliant stand up comedian and also a very talented host! With more than 10 years of experience and gigs performed in multiple countries, Alex is amazing at adapting to new audiences and situations and understands how to create just the right atmosphere around any audience. Alex is also notable for coming fifth in the annual Dave Sturdy lookalike competition 2021 but back to the acts ...

Our first opening act of our Gloryhole comeback is Aideen McQueen, one of the brightest sparks in the new generation of Irish comics. She's sassy, sexy, saucy and side-splittingly funny.

She has performed at many festivals including The Vodafone Comedy Festival, The Electric Picnic Festival and Prague Comedy Festival. In 2019 she had two sell-out shows at the Edinburgh Fringe. 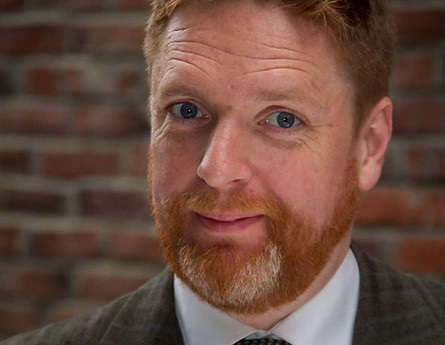 Headlining is Dylan Rhymer is an award-winning comedian and actor who has entertained audiences all over the world with his intelligent and fast-paced stand-up comedy.

He has extensively toured his home country of Canada as well as headlining shows in England, Scotland, Croatia, Belgium, France, Romania, The Netherlands and The United States. He has played theatres, clubs, redneck bars, burlesque clubs, art galleries, coffee shops, bookstores, house parties and even the odd barn.

'A real heavy-hitter. Rhymer is a specialist in the satirical and hypocrisy-slapping comedy.' - Prince George Citizen

He has a sharp and imaginative style that thrills audiences while encouraging them to think. Edgy, charming and hilarious, Dylan Rhymer is truly in a class of his own.

Hailing from the fine stock of the Glasgow comedy scene, though now residing in the big smoke, he's been gigging for years in comedy clubs across the country and delivers one exquisite gag after another in a giddy, unique style. With hands-on giddiness, this Glaswegian stand-up gives a whole new meaning to physical comedy - while delivering one exquisite gag after another.